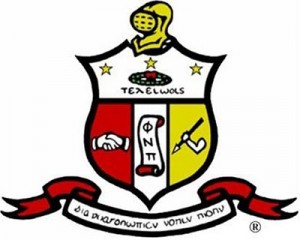 It was the vision of these men that enabled them in the school year 1910 – 11, more specifically the night of January 5, 1911, over 100 yrs ago, on the campus of Indiana University at Bloomington, Indiana, to plant the seed of a fraternal tree whose fruit is available to, and now enjoyed by, college men everywhere, regardless of their color, religion or national origin. Kappa Alpha Psi Fraternity remains the only Greek letter organization with its 1st Chapter on the campus of Indiana University.

The founders sought a formula that would immediately raise the sights of black collegians and stimulate them to accomplishments higher than they might have imagined.

Fashioning achievement as its purpose, Kappa Alpha Psi began uniting college men of culture, patriotism and honor in a bond of fraternity.

Chartered and incorporated originally under the laws of the State of Indiana as Kappa Alpha Nu on May 15, 1911, the name was changed to KAPPA ALPHA PSI on a resolution offered and adopted at the Grand Chapter in December 1914. This change became effective April 15, 1915, on a proclamation by the then Grand Polemarch, Elder Watson Diggs. Thus, the name acquired a distinctive Greek letter symbol and KAPPA ALPHA PSI thereby became a Greek letter Fraternity in every sense of the designation.