On August 24, 2006, 10 Kappamen came together with an idea of hope and desire to serve areas less impacted by Kappa Alpha Psi and neighboring organizations.  Due to the declining economy and increase in hunger of struggling residents, these Brothers recognized the need for additional support in the rural areas of Madison, Limestone, and Morgan counties. A dream was formed and crystallized by 10, much like but never to be compared to our revered founders; the construction for expansion began by petitioning for a new Chapter.

By September 14, 2006, the Madison-Athens-Decatur (MAD) Association was organized and functioning to operate in the named neighboring cities as a community and outreach service group. During this time the MAD Association membership expanded to 22 Kappamen to support the ongoing effort.

On November 6, 2006, Brother Ronald Range, Southern Provincial Polemarch, notified the MAD Association of the petition approval from the Grand Board of Kappa Alpha Psi Fraternity to grant a Charter in the name of Decatur–Athens Alumni Chapter of Kappa Alpha Psi. This marked the beginning of a new Chapter in Kappa Alpha Psi’s History. 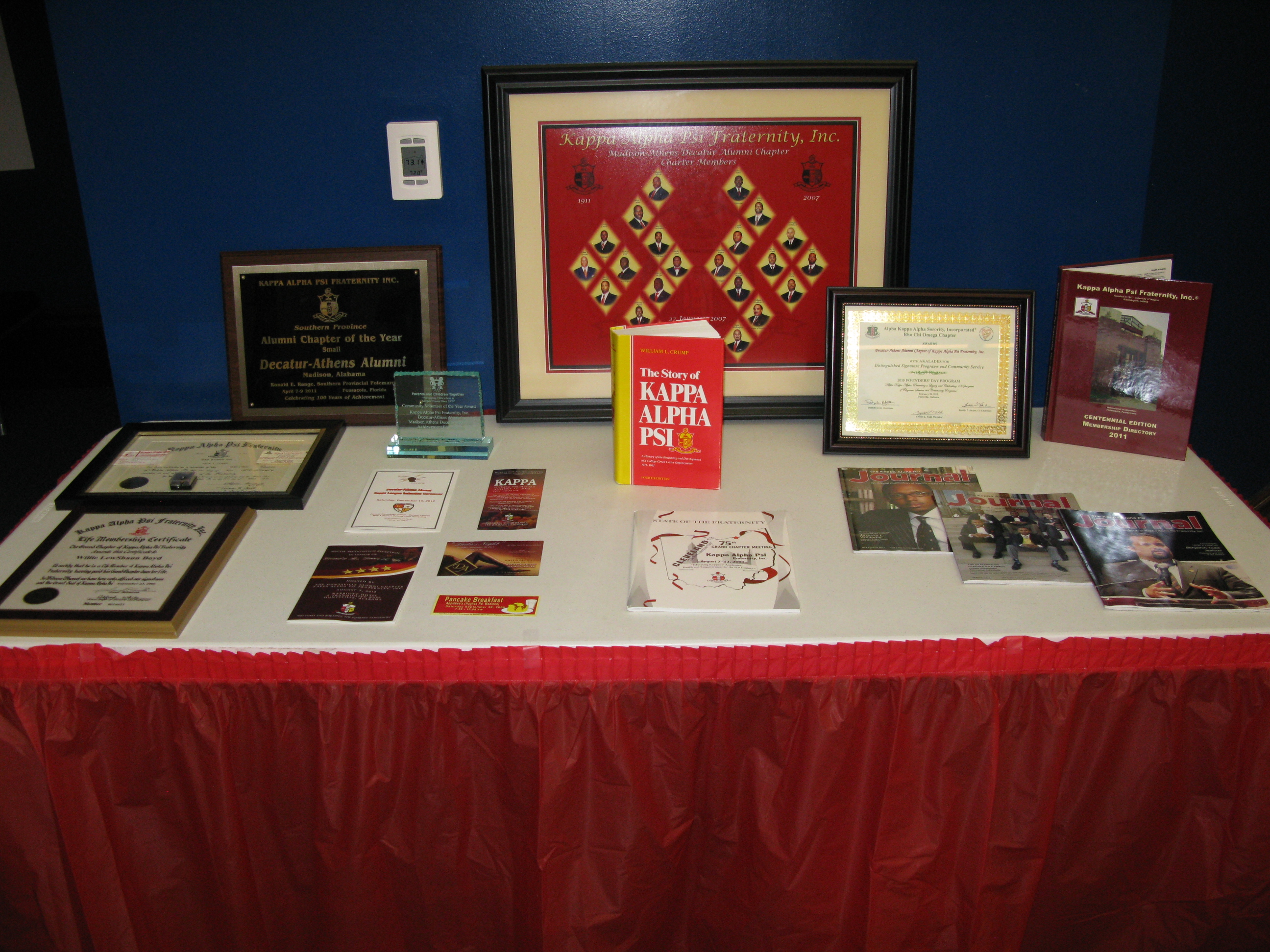