Achievement In Every Field of Human Endeavor!

Congratulations goes out to the Brothers of Decatur-Athens Alumni Chapter!

Brother of the Month for July 2019 Douglas Stewart III 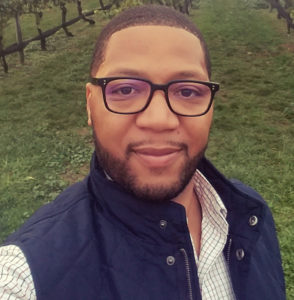 Brother Stewart was initiated into the Decatur-Athens Alumni (AL) Chapter of Kappa Alpha Psi Fraternity Inc., in the Spring of 2016. He recalls his journey in Kappa has been remarkable.

“I’ve had the honor and privilege of holding the position of Vice Polemarch of this great chapter. I’ve been able to learn and grow in ways I never thought imaginable.”

Brother Stewart’s list of achievements include obtaining Bachelors of Science degree in Management from Alabama A&M University then a Master of Business Administration degree from Florida Institute of Technology.  Doug has always been able to maintain a happy and healthy family life as well as a great career.

The three-year member of the MAD chapter was able overcome adversity which was actually a blessing in disguise.  Not only is Brother Stewart a member of Kappa Alpha Psi he was selected to become a member of the Florida Institute of Technology – Huntsville Site: Epsilon Eta Chapter of the International Business Honor Society, Delta Mu Delta and he has been recognized for achievement in the field of Budget Analysis.

The Budget Analysts not only ensures the finances for his company but he assist in budget analysis for the chapter.

“Being able to work in the community assisting others in need is a feeling I can’t describe.  The Lord has truly blessed my life.”

Keep up with Brother Stewart and the entire chapter at www.kapsimad.com.

The first Brother of the Month Past Polemarch Dennis Patterson 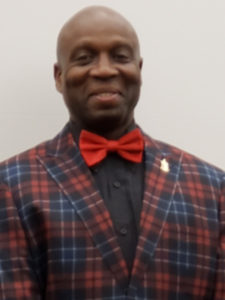 Brother Patterson was initiated into the Decatur-Athens Alumni (AL) Chapter of Kappa Alpha Psi on March 13, 2016.

A native of Tennessee, Brother Patterson graduated with a B.S. in Management of Technology and an Associates in Business Administration from the University of Maryland.

Brother Patterson has enjoyed his time in Kappa Alpha Psi by being named the Neophyte of the Decade in 2017, Keeper of Records and eventually he was named the fourth Polemarch of the Decatur-Athens Alumni Chapter. One of his most satisfying experiences happen before joining the Bond when he married his Silhouette Gwendolyn Patterson on July 9, 1998. Brother Patterson has a son, Dennis, Jr., who is a Mechanical Engineer for the US Navy.

“As Polemarch, I serve at the pleasure of the brotherhood under PHI NU PI. My administration falls under the 33rd Grand Polemarch, Thomas L. Battles Jr. and Southern Province Polemarch Bertram K. Orum.”

Polemarch Patterson’s goal is to carry the Decatur-Athens Alumni Chapter from a Small Chapter to a medium size incorporating the theme “Each One, Reach One”.

“There are so many brothers in this area that are not affiliated with an Alumni Chapter “low hanging fruit”. The plan is to have “Each Brother Reach a Brother”, which will double the size of the Chapter. This plan falls in line with the Grand Polemarch theme “Rebirth, Reclaim, Recommit, by Leaving No Brother Behind.”

His goal is to provide invaluable tools to brothers which will include leadership training, effective communication skills and idea sharing. These tools are inclusive to the fundamental purpose of “Achievement”.

Keep up with Brother Patterson and the entire chapter at www.kapsimad.com. 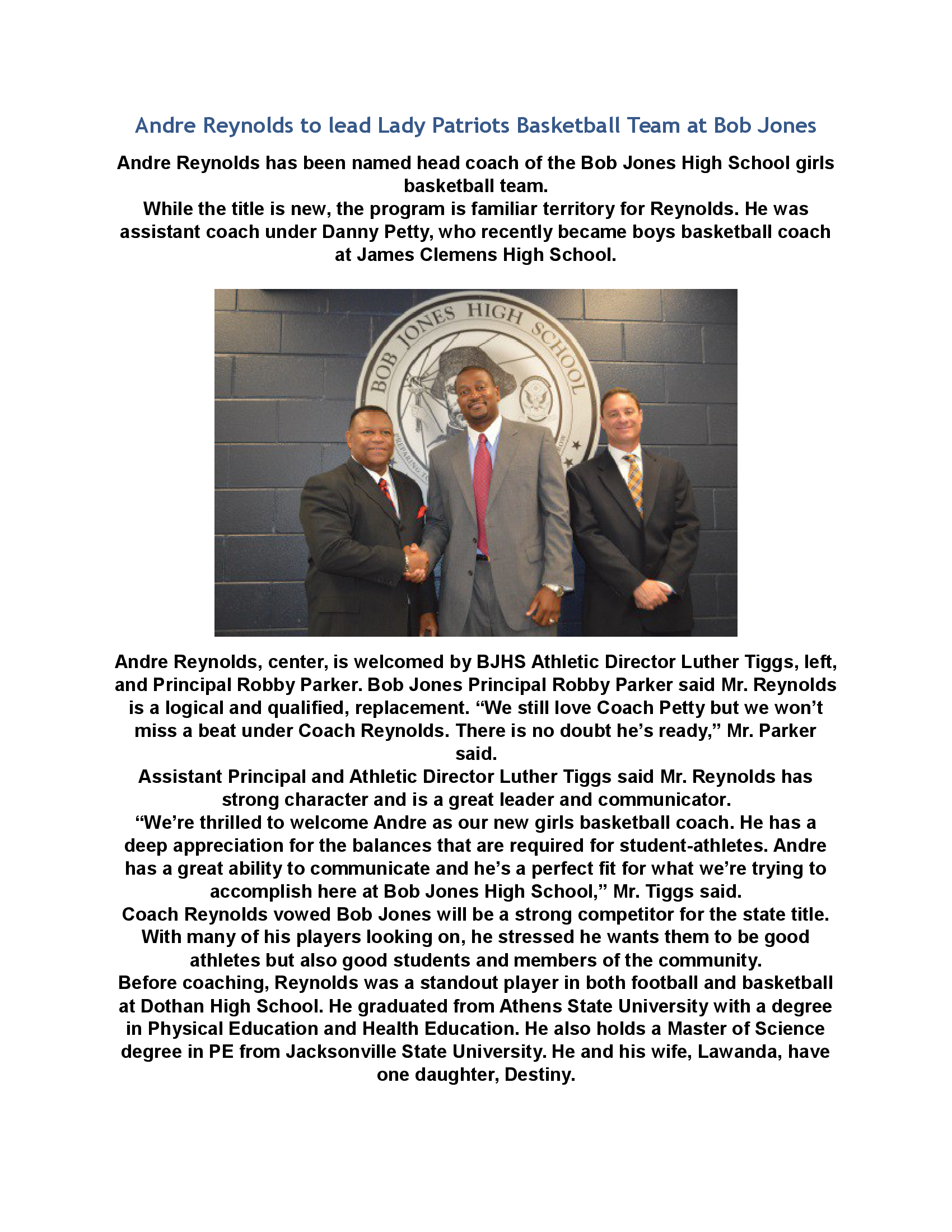 “We are very excited to have Roberto serve as our new assistant coach,” said Hill.  “It’s no surprise to anyone who knows him that he has made a seamless transition from player to coach. He was a tremendous collegiate player at Alabama, a high draft pick, and a champion in the professional ranks.”

Vaz’s duties at McNeese will include serving as the team’s hitting coach, working with the outfielders and coaching third base.  He will also assist with recruiting.

“I’ve seen him in action, and he has great energy and an infectious personality,” Hill explained. “More importantly, he is a man of high character and great work ethic that will make a tremendous impact on our student-athletes and our baseball program as a whole.”

Vaz, a native of Brooklyn, New York, comes to McNeese after serving three seasons as assistant baseball coach at LSU Eunice. His expertise and coaching style helped lead the Bengals to a 151-28 record along with a National Championship in 2012 and a National runner up title in 2013.

Vaz’s offense’s recorded a .321 average over that span while breaking records for walks, stolen bases and hit by pitches.

LSU-E reached 40+ wins for the ninth consecutive season in 2014 while advancing to the Region 23 Tournament.  Vaz’s offense recorded its best batting average in his three seasons with the team as the Bengals compiled .333 as a team with 10 student-athletes hitting .300 or better. His best hitter, Stefan Trosclair was named to the 2014 NJCAA All-American first team after completing the season with a .409 average and 32 stolen bases.

During his second year with the LSU-E staff, the Bengals finished as national runner up with a 52-10 record. Vaz’s offense compiled a ­.311 batting average while stealing a school record 253 base. The Bengals had five position players move on to play at D-1 schools.

In just his first season with LSU-E, the Bengals earned their fourth NJCAA National Championship. The offense was highlighted by six NCAA Division I signees, led by All-American Dalton Herrington and Golden Glove recipient Stuart Turner. The Bengals also set school record for wins with 57 victories.

In 2012, Vaz was hired as the head coach of the Mohawk Valley Diamond Dawgs of the Perfect Game Collegiate League. The Diamond Dawgs set a record for wins in a season (27) and made their 1st trip to the playoffs as Mohawk Valley.

Prior to LSU-E, Vaz served as the head coach for the North Alabama Expos from 2009 to 2011.  Before his stint with the Expos, he spent four seasons as an assistant at Grissom High School in Huntsville, Alabama.

After being drafted by the Oakland A’s in the first year player’s draft in 1997, Vaz played seven years of minor league baseball including winning the Triple-A World Series in 1999 as a member of the Vancouver Canadians. Vaz played in both the Oakland A’s and Texas Rangers Minor League Organizations where he reached Triple-A.

In 1997, while at the University of Alabama, Vaz was named First Team All-American, All-SEC 1st Team and still holds several offensive records at the university. Also in 1997, Vaz was nominated as a finalist for the Golden Spikes Award as the nation’s top collegiate baseball player. While playing at the University of Alabama, the team finished as runner-up at the College World Series in Omaha, NE.

In 1996, Vaz won a national championship as a member of Northeast Texas Community College team where he was the recipient of the MVP, Big Stick (top hitter) and Sportsmanship Awards.  He was the only member of the NTCC baseball team to ever receive all three awards in the same season for the National Junior College Athletic Association. For these efforts he was selected to the Golden Anniversary All-Time World Series Team as one of the greatest JUCO players ever.